From Your Studio to the World Challenge: Click to Enter 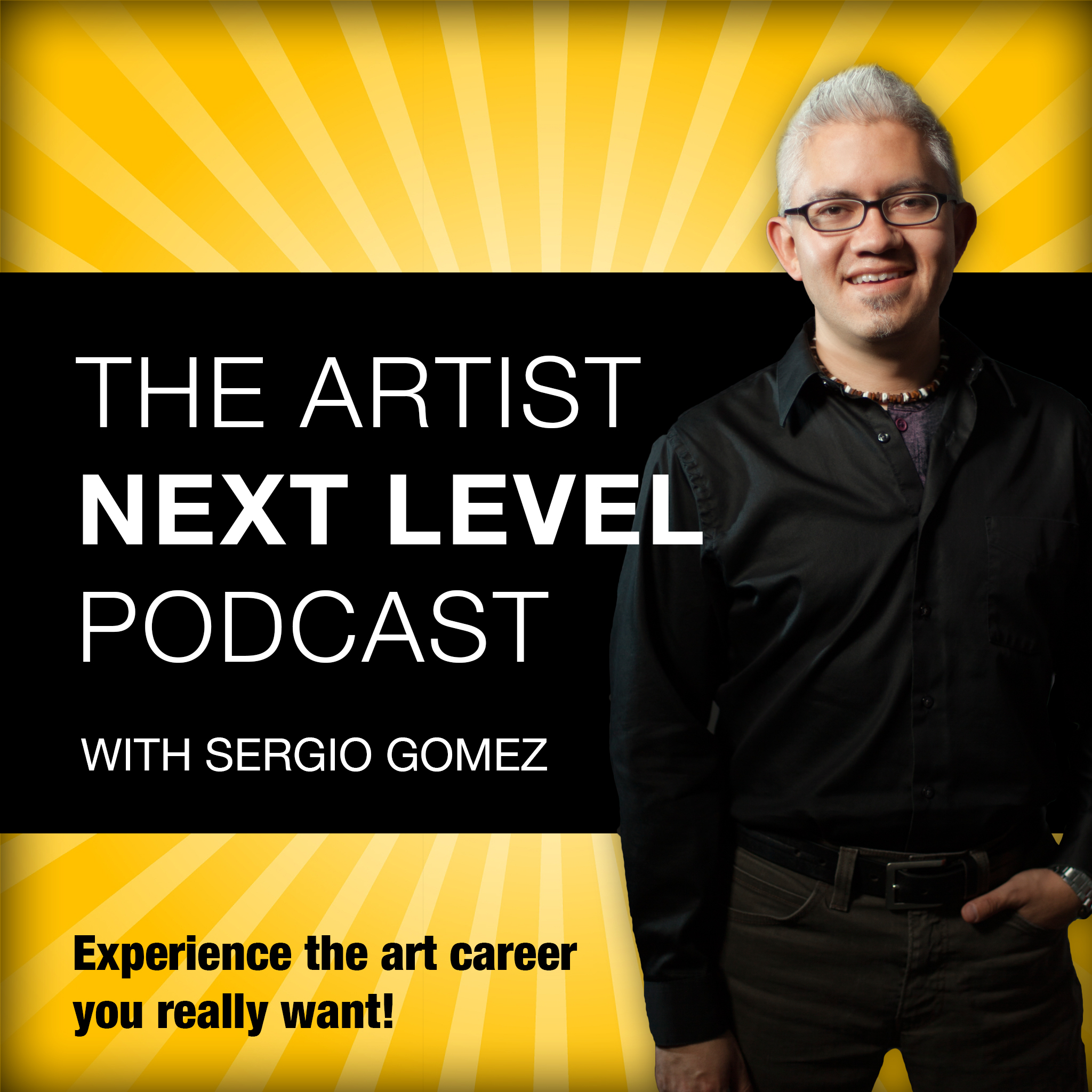 The Artist Next Level with Sergio Gomez

Inspiring artists to take control of their art career. Hosted by Sergio Gomez, The Artist Next Level Podcasts features interviews with successful artists, art professionals, and provides practical advice to take your...

The Artist Next Level with Sergio Gomez

Inspiring artists to take control of their art career. Hosted by Sergio Gomez, The Artist Next Level Podcasts features interviews with successful artists, art professionals, and provides practical advice to take your art career to the next level. Join us every week to get your dosage of inspiration.

In this episode, Sergio & Dr Yanina Gomez discuss setting goals and asking the right questions that lead to the right answers.  Download the FREE Goal Setting and Progress System for Artists at...
View Episode

Conversation with artists Michiko Itatani and art critic Jason Foumberg. Hi Point Contact. Retrospective at the Zhou B Art Center. October to December 2016 Itatani's work has been seen in more than 100 solo and...
View Episode

Harry Sudman and the Streams of Consciousness

Harry Sudman was born and raised in Chicago, IL. He completed a Bachelor of Fine Arts from Southern Illinois University with disciplines in drawing and painting. Sudman then attended the Atelier Neo Medici located...
View Episode

Artist Sam Kirk shares her story and the pursue of happiness

Sam, a multidisciplinary artist, explores culture, identity and urban politics through her art. Born and raised on the south side of Chicago, Kirk is the product of a working class family. Her upbringing largely...
View Episode

Ali Cavanaugh (American, b. 1973) is an internationally represented fine artist. She earned a BFA from Kendall College of Art and Design in 1995. Cavanaugh's  paintings have been featured on book covers, countless...
View Episode

Beth Inglish speaks about art, marketing and how to build an artist community

Beth Inglish is an artist and emerging leader in Nashville, TN who serves the community by creating spaces for people to connect. Beth uses an “intuitive” painting process to express her creative energy within. Her...
View Episode

For twenty-five years, Candace Wark has been a Mechanical and Aerospace engineering professor at Illinois Institute of Technology specializing in the field of aerodynamics and utilizing photography in her research. ...
View Episode

Krista Hoefle received her MFA in Sculpture from Penn State University, and her BFA in Furniture Design from the Savannah College of Art and Design.  Her work uses sculpture as a creative methodology in the...
View Episode

Rebecca Stahr finds beauty through the lens of pain, brokenness and imperfection.

Rebecca Stahr is a visual artist living with her husband and son in a conservation community surrounded by the beautiful native prairie of northern Illinois. Rebecca went on to attend the American Academy of Art in...
View Episode

Deanna Krueger and the juncture of painting, sculpture, and drawing